Many of us say things to ourselves that we wouldn’t dream of saying to our best friend – or even a stranger. We judge ourselves by our own inner monologues, by the words told us by our inner critic, yet we judge others by their outer appearance. These double standards often lead to feelings of inferiority and a lack of compassion for oneself. Yet in the personal development industry it is self-esteem that steals the limelight over and above self compassion.

Promoting self esteem and narcissism

A quick Amazon search for books on self esteem and the list runs into the thousands. Studies have correlated healthy self esteem with emotional health and with success. Our emphasis in the West has instead been on self esteem. Parents, therapists, and teachers all seek to boost self-esteem in the belief that high self esteem brings positive outcomes and benefits. You can’t get ahead in life unless you believe you are great and awesome. (Indeed, one of the books on Amazon’s endless list is titled: “You Are a Badass: How to Stop Doubting Your Greatness and Start Living an Awesome Life”.)

The problem comes when we make efforts to develop high self esteem without considering others. When this happens we become inward-looking and self-centred. In a 2008 study, Americans in their 20s had experienced three times the levels of Narcissistic Personality Disorder compared with people over 65. Some psychologists tie this increase in narcissism to an over-emphasis on evaluating and liking the self.

Humility, putting others first and low self esteem

On the other end of the scale to self-centred narcissists are the what I’ve termed ‘heroic altruists’, those exhausted, bags-under-their-eyes admirable over-giving saviours. I’ve coached many people who, in an effort to look after others, sorely neglect their own well-being. This imbalance comes from a fear of being seen to be egotistical, self-indulgent, or self-centered. In two blue-chip organisations where my coaching company, Lequin Executive Coaching, works we hear the phase ‘doing the right thing’ churned out time and time again by staff, an pseudonym for putting others first, being nice, but often at the expense of being nice to themselves (and not always doing what’s best for the company).

When we repeatedly put others first it can lead to poor decision making or we take on work that is not within our role or responsibility. This sends out a message to others that says, “You’re a soft touch”. This leads to a downward spiral of negative labelling – she’s a soft touch, she’ll do the work, she’s a sucker, suckers aren’t management/leadership material, and before you know it, your niceness has backfired.

Being compassionate toward yourself doesn’t mean you’re being self-centered. As I say to my coachees who are altruistic heros, how can you look after others if you don’t look after yourself? Being kind to yourself doesn’t mean you’re being superior or more deserving than others, it means that you can recognise your interconnectedness and equality with others. In fact, self-compassion can build feelings of compassion and concern for others because it requires seeing your own experience in the context of the common human experience, acknowledging that failure, suffering and personal weaknesses are part of the human condition, and that all people — yourself included— are worthy of compassion.

Self esteem & self compassion go hand in hand

In an interview with the Dalai Lama, he was surprised to discover that there’s widespread low self esteem in the West. He explained that in Tibetan culture there’s no concept of self-loathing or self-deprecation, or as the Dalai Lama said “a lack of compassion for oneself”. For him self-esteem and self compassion are tied at the hip. But while the concept of self compassion has existed in Eastern philosophical thought for hundreds of years, it’s only in the past decade that Western psychologists have been researching the notion in an effort to rubber stamp it. This research is suggesting that self compassion is an important predictor of well-being and resilience. We should be treating ourselves with care rather than beating yourselves up over personal inadequacies, mistakes, failures, and painful life situations.

How to develop greater self compassion

1. Self-kindness instead of self-judgement

Many people believe they need to beat themselves with a stick in order to improve – as do some parents and teachers. But judging yourself harshly in the belief that you’ll somehow force change and improvement simply doesn’t work. Your ego’s a very clever fox and in an effort to protect itself it will push your failings underground into that dark box Jungian analysts called the shadow (more on this in another blog). However, by showing self-kindness you can bring your failings into the light where can you better analyse them – these unhelpful thoughts, feeling or behaviour – and learn how you might address them.

So in place of self-judgment you need self-kindness. This requires forgiving your failings and foibles, and understanding that as a human being you are limited and imperfect. (Unlike, Donald Trump, who tells us all that he’s perfect in every way.) Instead of putting yourself down, you should treat yourself with warmth and unconditional acceptance (while taking on board the possibility that certain unhelpful behaviours need tweaking). Indeed, as a coach in order for me to provide a coachee with unconditional positive regard (a key competent in a successful coaching relationship), I need to show unconditional positive regard to myself.

Stop putting yourself down – tackle your inner critic

Our inner critic, that gremlin that whispers negative thoughts into our ear, is judging many of us continually. Up to 70% of some people’s mental chatter comes from the inner critic – they have a negativity dominance. So when you mess up in a meeting, your inner critic says: “I’m such an idiot”; or you’re out at a party and you feel uncomfortable around someone, you hear: “She’s so much brighter than me!”; or you don’t hit a sales target and you hear: “I’m a failure”.

To catch your inner critic, start a journal to record what your inner critic is telling you. Once you’re catching your inner critics words, you deal with them in several ways: simply acknowledging them and saying thanks but no thanks to your critic or perhaps doing a belief change exercise.

2. A sense of common humanity instead of isolation

The sense of common humanity in self compassion involves recognising that humans are imperfect, that all people fail, make mistakes, and have serious life challenges. Self compassion connects one’s own flawed condition to the shared human condition, so that features of the self are considered from a broad, inclusive perspective.

Celebrate being ordinary and your connection to humanity

Psychologist and Jungian analyst, Polly Young-Eisendrath, writes in her book the Self-esteem Trap that many of today’s parents are giving too much approval and enthusiasm simply for their children’s existence, raising children to believe they’re extraordinary or ‘special’ – rather than promoting their uniqueness, a subtle but hugely important difference.

By focusing on being ‘special’, we restrict our ability to realistically accept both our strengths and our weaknesses, which is key to self-compassion and to self-esteem. This acknowledgment of our failing helps us understand that being flawed and ‘ordinary’ is no bad thing. Understanding that we’re unique is important because if we’re all unique then we’re all the same, and this makes us all connected – part of the wider human family.

3. Mindfulness instead of over-identification

A lot of us try to ignore our painful experiences, thoughts or ‘negative’ emotions. While others might well blow their suffering into all-encompassing dramas or see their problems as another chapter is their lifelong story of failure, a process that psychologist Neff terms “over-identification”. The balance between the two is to be aware of personal suffering but keeping it in perspective. Self-compassion requires us to be open to our own suffering, not avoiding or disconnecting from it. This can be done through mindfulness and meditation.

Think of a stressful situation. Visualise the situation, call it to mind, and pay attention to your body. Hone in on where you feel the stress and discomfort in your body.

Now, say to yourself:

1. “This is a moment of suffering”

2. “Suffering is all part of life”. Or you could say, “I’m not alone as other people feel this way, too.”

“May I be kind to myself”. You can also ask yourself, “What do I need to hear right now to express kindness to myself?”

You can change/switch this phrase to suit the situation. So, you could say “May I be patient” or “May I learn to accept myself as I am.”

This is just one of many different meditations you can try to help you come more aware accepting and mindful of the difficulties we all face. And exercises like this, and further exploration on this subject of self compassion and self esteem are all discussed in our How to Build Unbreakable Confidence course.

Written by Peter Willis, tutor and co-founder of Unchain your brain.org

Share This Post
Have your say!
0 0
Previous ArticleSelf esteem, confidence and playing personas. Bowie, Ziggy Stardust & ChurchillNext ArticleHow to make an effective apology – and why making one is good for your self development
You May Also Like 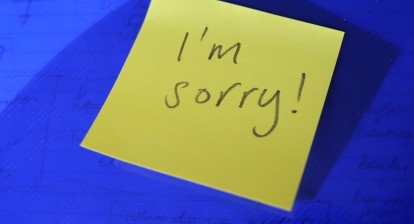 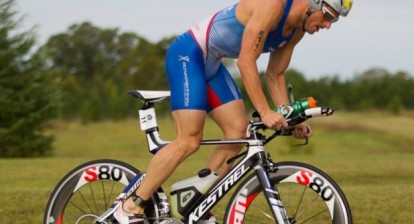 Lessons from London and Windsor triathlon winner
22nd March 2019
Why was a 19 year old lottery-winner so keen to spend his entire winnings as fast as possible?
14th January 2019 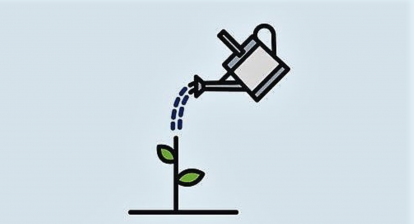 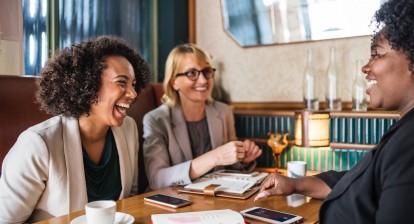 Why do so many middle managers get stuck & fail to progress in their careers? They ignore office politics
6th June 2019